5 developments you may not have realised are potentially patentable

5 developments you may not have realised are potentially patentable

Ensuring that valuable new developments are protected should be an important part of the R&D process. Some patentable inventions, such as a new pharmaceutical drug, are often the intended end-product of an R&D process and hence are relatively easy to identify. However, it is often also possible to protect smaller, incremental developments which may not be so obviously patentable.

In order to be patentable, any new development must meet the requirements for being novel (not previously known anywhere in the world) and inventive (not an obvious development of something previously known anywhere in the world). The test for inventiveness in such cases is often a question of whether, based on the prior art, the nominal skilled person would have attempted to make the invention with a reasonable expectation of success. Relevant data will commonly be required to support inventiveness. 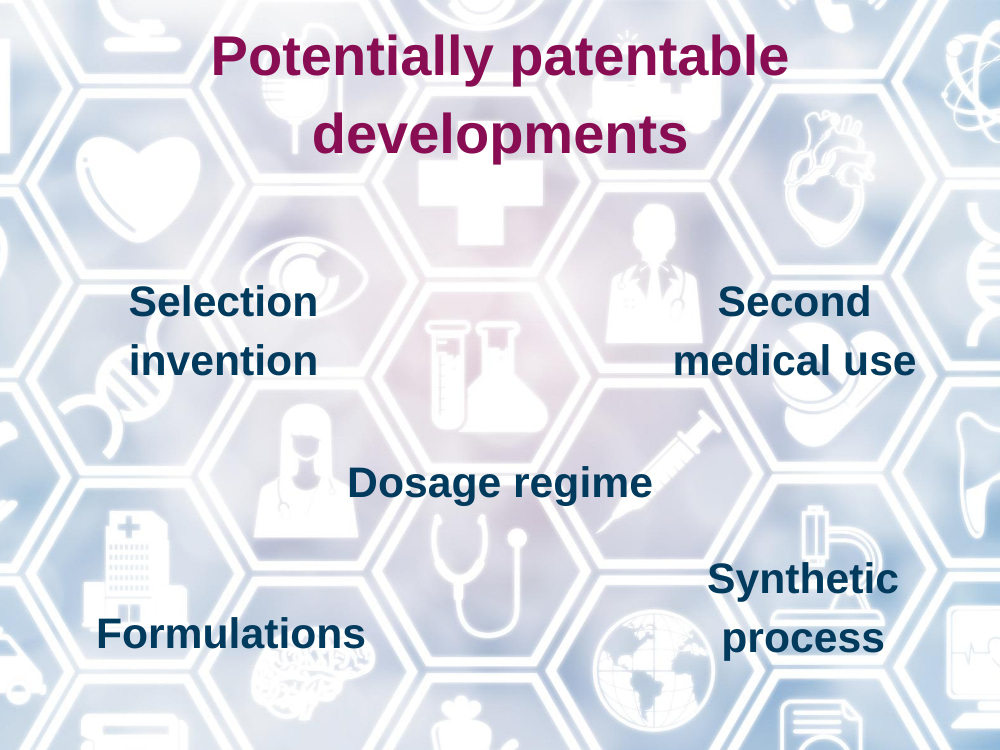 Here we take a look at five developments which you may not have realised are potentially patentable.

In such cases data, either in vitro or in vivo, showing or at least giving a clear rationale for the efficacy of the medicament in the treatment of the relevant disease or diseases will be essential to obtaining patent protection.

Work on dosage regimes often continues after a pharmaceutical has been developed as more data about its absorption and metabolism is generated. It may be found that a certain dosage regime is particularly effective, or has fewer side effects. Where these results are unexpected or differ from what would have been predicted, then such a dosage regime may be patentable.

For a dosage regime to be patentable it cannot simply be an arbitrary selection from many equally effective dosages. Data must be provided to demonstrate that there are advantages associated with the new dosage regime. Data simply showing that, for example, a lower dosage has fewer side effects is unlikely to reach the inventive step threshold as such a result would be expected by the skilled person. However, data showing that a very low dose is still effective while having lower side effects, or that multiple small doses have been found to be unexpectedly more effective than a single large dose, may suffice.

Formulations which include a mixture of known products can be patentable, if there is evidence that unexpected effects are associated with the combination of products.

If a class of compounds has previously been disclosed for the treatment of a certain disease, but a specific compound within that class is found to be particularly effective, it may be possible to obtain patent protection for that compound. This can be done if the compound fell within the scope of a general formula which had previously been disclosed, but not if the compound itself was specifically disclosed.

Simply making a compound which is part of a known class of compounds will not be sufficient, however. In order to demonstrate that there is an inventive step, it will be necessary to provide data to show that the specific compound is particularly effective when compared to similar compounds within that class of compounds.

If you would like to discuss your development process and potentially patentable innovations with one of our attorneys, or have any other questions relating to intellectual property, then please contact us.