As the craft beer market goes mainstream, how should brand owners go about protecting their trade marks?

As the craft beer market goes mainstream, how should brand owners go about protecting their trade marks?

The rise of craft beer over the past decade has been a refreshing change in an industry previously dominated by a relatively small number of global brands. Trade mark attorneys David Gwilliam and Sri Dhevi Santhana Dass discuss the issues brewers should consider when it comes to trade marking their craft beer brands. 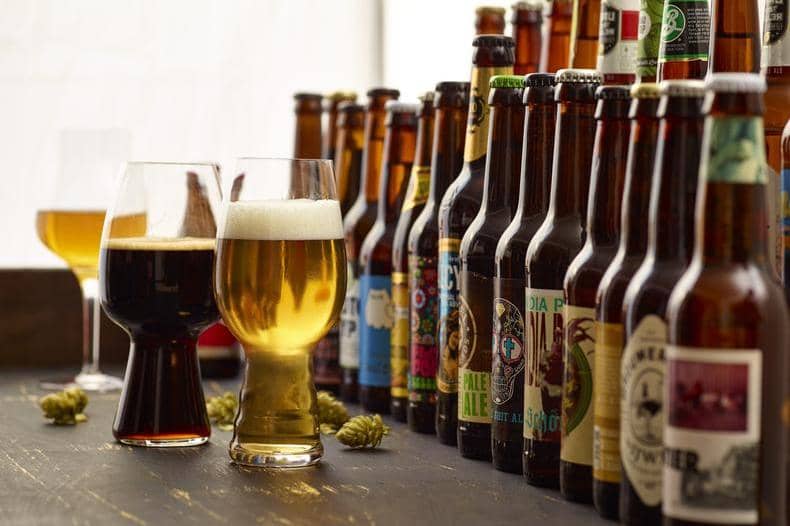 In the United Kingdom alone there is now an enormous variety of beers available and at the beginning of 2020 there were well over 2,000 commercial breweries of all sizes operating. The success of craft beer has also seen larger breweries that have historically focussed on mass producing a small number of beers enter the market, either by launching their own range of craft beers, such as Heineken’s Maltsmiths range, or buying up existing craft beer breweries, such as Carlsberg’s acquisition of London Fields brewery.

Accordingly, craft beer has now well and truly entered the mainstream and, with so much competition in the market, it is more important than ever for beer producers to use trade marks that stand out, and of course to ensure that rights to those trade marks are secured appropriately. However, the convention in the craft beer industry for many trade marks to be used transiently or on a small scale, such as in relation to limited edition or small batch beers, can present brewers with a dilemma about how far to go to clear and protect those trade marks.

Determining the value of the trade mark

In an ideal world, a brand owner in any field would select a trade mark well in advance of going to market, conduct clearance searches in whichever jurisdictions that trade mark is to be used in order to ensure that no conflicting trade marks are already protected there, and then apply to register the trade mark in each of those jurisdictions in order to provide protection against anyone else subsequently using or applying to register a conflicting trade mark there. However, this requires not only a tremendous amount of foresight and forward planning, but there can be significant costs associated with conducting clearance searches and applying to register trade marks, especially if a large number of jurisdictions are involved.

Accordingly, it is important for any business to make smart choices about how to allocate their effort and funds for clearing and protecting a trade mark in a way that is consistent with the value of that trade mark to the business. This can be a particularly difficult judgement when a trade mark is only intended to be used transiently or on a small scale. In such cases, it is clearly not proportionate to conduct extensive clearance investigations and invest significantly in registering the trade mark internationally and indeed it is tempting to simply ignore the possibility of encountering a conflicting trade mark altogether and press ahead without conducting any clearance investigations whatsoever.

The difficulties that can arise when adopting a new trade mark are illustrated by Manchester-based brewery Cloudwater, which ran into a dispute with Heineken (the owner of the Fosters lager brand) over the launch of their Good Call Soda range, since “Good Call” was a slogan used extensively by Heineken in association with Fosters. Cloudwater described in a blog post the effect that this dispute caused to their business at precisely the time that they were hoping to be able to concentrate fully on the launch of their new product range.

Accordingly, it is always prudent to take proportionate steps to minimise the risk of running into a dispute that may take funds and attention away from the launch of a new product. The most straightforward steps include simply investigating what trade marks are already in use, especially using online resources such as untappd, ratebeer or BeerAdvocate, and investigating what trade marks are already registered using the basic search functions on the trade mark registers of the United Kingdom and European Union, or the international trade mark search tool, TMview. A trade mark attorney would be able to provide advice in relation to any troubling existing brands or trade mark registrations that are identified in this way and assist in selecting an alternative lower-risk trade mark or at least ensuring that any risks are properly understood and assisting in the formulation of a suitable contingency plan in the event of a dispute.

Indeed, the approach of applying to register a new trade mark in relation to craft beers appears to have gained significant popularity over the past decade with the number of United Kingdom trade mark applications filed in Class 32, which covers beer, increasing from around 1,000 per year in 2010 to around 2,500 per year in 2019, in line with the rise in popularity of craft beer. One of the largest single filers of these trade mark applications is the renowned BrewDog, which currently owns over 150 trade mark registrations covering the United Kingdom as well as a significant international portfolio of trade mark registrations.

The threat of a new trade mark in the area of craft beer encountering a conflict must therefore be taken seriously, especially with so many new trade marks being registered each year and the fact that large global brands with sufficient resources to take extensive legal action have become more active in the field.

Threats of legal action can backfire

However, the enforcement of trade mark rights is not always a straightforward matter and in the field of craft beer, as with any field that pitches large global brands against small local businesses, the larger brands can suffer significant negative publicity if they are seen to take too heavy-handed an approach, regardless of whether their actions are legally justified. This was clearly illustrated by the negative publicity suffered by BrewDog in the mainstream press for threatening legal action against an independent pub based in Birmingham called “Lone Wolf“, which is also the name of BrewDog’s gin brand. BrewDog subsequently backed down, blaming their allegedly “trigger-happy” lawyers for the legal action, but not before the damage was already done as Lone Wolf bar had submitted to the legal complaint and agreed to change the name of their bar.

It is clear that adopting any new trade mark carries a risk of encountering a dispute, which has the potential to cause significant disruption at a time when it would be better to concentrate on developing the new trade mark. In addition, relying on the reluctance of big brands to take legal action for fear of suffering negative publicity does not seem to offer effective protection from these negative effects. However, there are a range of cost-effective and proportionate actions that craft beer producers can take to manage the risk of encountering a dispute, regardless of how transient or small scale the use of the new trade mark is expected to be and our trade mark attorneys will be able to advise you about these steps and which may be appropriate for your particular situation.